Strategy Habitats are habitats of conservation concern within Oregon that provide important benefits to Strategy Species. There are 11 Strategy Habitats within the Oregon Conservation Strategy, designated by ecoregion. Each Strategy Habitat includes a general description, conservation overview, and a list of limiting factors and recommended approaches. This information is intended to provide a broad view. Conditions may vary by site, watershed, or ecoregional level based on differences in soil, climate, and management history. Local conditions will need to be considered when determining site-appropriate conservation actions.

The Strategy describes Specialized and Local Habitats and Habitat Data Gaps that represent important landscape features not adequately addressed through the 11 Strategy Habitats.

In the original Oregon Conservation Strategy (released in 2006), Strategy Habitats were determined in a two-step process. First, best available and most recent (in 2006) vegetation maps were compared to historical vegetation maps from 1850 to indicate vegetation types experiencing high degrees of loss since European settlement in Oregon. Second, similar vegetation types were classified into “habitats”, which were then evaluated for historical importance at the ecoregional scale, emphasizing the amount of remaining habitat being managed for conservation values, known limiting factors and potential issues impacting habitats, ecological similarity of habitats, and the importance of each habitat to Strategy Species. The habitats determined to be of the most importance throughout the state were defined as Strategy Habitats, and were designated by ecoregion.

For additional information on all of Oregon’s native habitats and their conservation, consult the Oregon Natural Areas Plan. 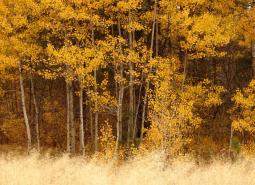 Aspen woodlands are woodland or forest communities, dominated by aspen trees with a forb, grass, or shrub understory. Aspen woodlands can also occur within conifer forests. 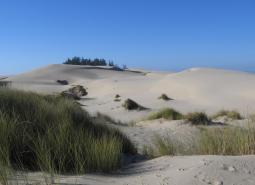 Occurring along the Oregon coastline, coastal dunes provide habitat for species that prefer open, sandy habitats with a high degree of disturbance from winds and tides. 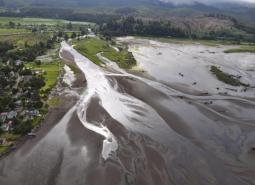 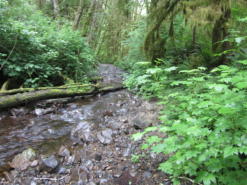 Flowing Water and Riparian Habitats include all naturally occurring flowing freshwater streams and rivers throughout Oregon as well as the adjacent riparian habitat. 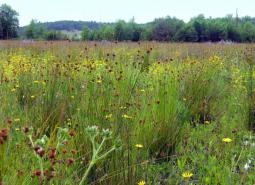 Grasslands include a variety of upland grass-dominated habitats, such as upland prairies, coastal bluffs, and montane grasslands.

Late successional mixed conifer forests provide a multi-layered tree canopy, including large-diameter trees, shade-tolerant tree species in the understory, and a high volume of dead wood, such as snags and logs. 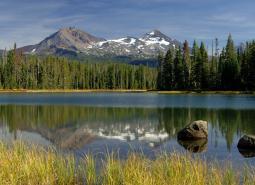 Natural lakes are relatively large bodies of freshwater surrounded by land. For the purposes of the Conservation Strategy, natural lakes are defined as standing water bodies larger than 20 acres, including some seasonal lakes. 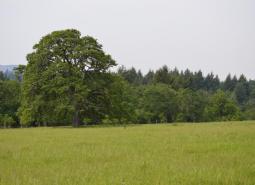 Oak woodlands are characterized by an open canopy dominated by Oregon white oak. 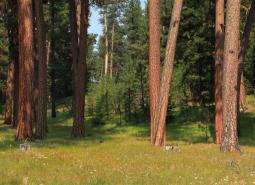 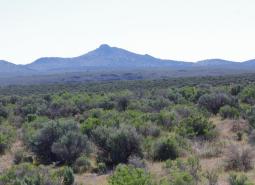 Sagebrush habitats include all sagebrush steppe- and shrubland-dominated communities found east of the Cascade Mountains. 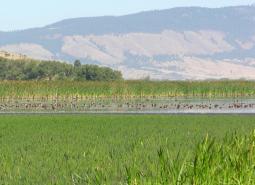